I have to confess: I was a daddy's girl!  He was strict, but I never doubted that he loved me and was proud of me.  Sometimes that pride was a bit embarrassing.  When I received my scholarship to Penn State, he carried a copy of the letter around for WEEKS, showing it to anyone who showed the slightest interest!  (Of course, now that I've been on the check-writing side of college tuition, if one of my kids had received a full-tuition scholarship, I probably would have posted the letter on Facebook!)  .  My mother reminds me quite often about the time I shamelessly used my daddy's girl status to wheedle out a new coat.  We were out shopping, and I spied a pink ski jacket.  My mother said I didn't need it as I had a coat and we had just ordered my band jacket.  But knowing my dad loved me in pink, I decided to show it to my dad.  Next thing I knew we were at the checkout counter, buying the jacket!

My dad was a high school history and economics teacher.  Growing up I never thought much about what kind of teacher he was.  I knew he was thorough as I took his economics course my senior year. (Small school and he didn't have a lot of respect for the other economics teacher at the time!)  After I graduated with my teaching degree, I remember thinking for awhile that he was terribly old-fashioned and needed to modernize his methods.  But as I grew up, I realized his methods worked for him, and more importantly, he cared about his students and his subject.  He was passionate about history.  I never saw my father read a novel, but he read biographies, books on the Civil War and World War II and history textbooks.  He never really acknowledged the fact that for awhile in the 70's our school district changed the name of all of the history classes to culture classes, US Cultures instead of US History, for example.  It was History to him; none of that "hippie" stuff for my dad!  He passed that love of history on to me, and history became one of my favorite subjects.

From time to time after I graduated I would meet someone who had been in one of my dad's classes and they would share their stories about what a good teacher he was.  One story that stands out came from a young man who had cerebral palsy and had been in my father's study hall.  He shared that he was a bit of a clown in high school and usually got away with it due to his handicap.  Not with my dad!  He said my dad warned him several times about talking and clowning around, but when he didn't stop, assigned him detention.  The young man, now a lawyer, said it was the first time any teacher had actually treated him like a "regular" student, and he would always be grateful to my dad.  (I shared this story with my dad, and he said the other teachers were horrified that he gave poor D... detention.  His response was "Poor D... deserved it!)  We lost my dad almost 5 years ago. (actually we lost him before that due to Alzheimer's.)  The funeral home was packed.  Many of those who came to pay their respects were former students and colleagues.  He touched so many lives in his almost 40 year teaching career.  One of the members of the honor guard sent from the American Legion- daddy was a veteran of the Korean Conflict- told my mother as he presented her the flag that he had volunteered to part of the guard because he had been a student of my dad's, and that my dad had made such an impression on him.  Like many others I talked to, this gentleman, who happened to be African-American (very much a minority in my little hometown in Central PA), reported that my dad always treated him fairly and showed he cared.  What a legacy!


I can't say that I became a teacher just because my dad was one, but I think the fact that he valued education so much played a huge role in my decision.  I can only hope that my students will remember me as fondly as the generations of students in my hometown remember my dad!

Now I'm off to spend Father's Day with my wonderful husband!  I've heard that girls tend to marry men like their fathers- I know I did!  Ron is a wonderful father, husband and teacher.  I have been very blessed to have both these men in my life.

Carol
Texas
I am a 50+ year old mother of three young adults. I just retired after 34 years of teaching and am looking forward to what the future holds! 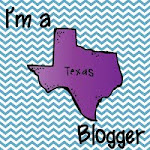